Cities Strengthen Tenants’ Ability to Fight Eviction, & Why properly screening tenants is more important then ever! 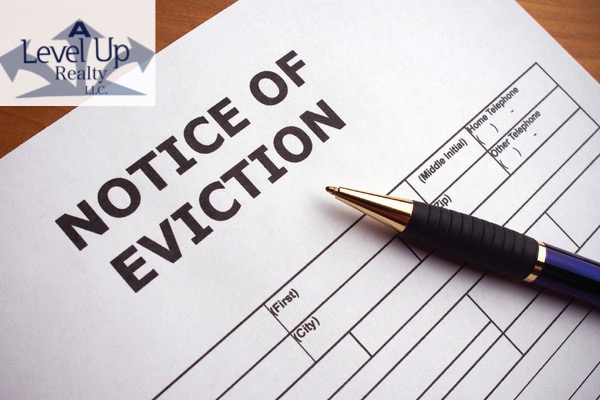 Half-a-dozen cities from San Francisco to Cleveland are promising tenants the right to an attorney in eviction cases, a costly and logistically daunting initiative that advocates say is a necessary response to rising housing costs and homelessness.

If successful, proponents say these programs could provide a bulwark against gentrification and homelessness, and end up saving cities money by reducing the number of families who end up on the streets and in shelters.

Implementing such a sweeping new right poses challenges. It requires staffing legal aid offices with dozens of new attorneys, finding space in courtrooms for lawyers to meet with their clients, and slowing the rapid-fire pace of housing court to allow lawyers to file motions in defense of their clients.

The Supreme Court granted defendants a right to an attorney in criminal cases in state court in 1963, but efforts to guarantee defendants the right to counsel in civil cases have been much more patchwork.

Most of the cities involved, including Cleveland, Philadelphia, Newark, N.J., and Santa Monica, Calif., passed legislation in the past year, so it is early to judge how they have fared.

New York was the first city to guarantee tenants the right to counsel, rolling out the program by zip code starting about two years ago. Early results suggest both that the program is working in driving down evictions and also that it has been tough to implement.

From 2017 to 2018, evictions declined five times faster in zip codes where tenants have a right to counsel, compared to similar ones where they don’t, according to an analysis by the nonprofit Community Service Society.

The infusion of lawyers into a system, where historically most landlords were represented, compared to about 1% of tenants, has strained the courts, not only in their ability to process cases but even to physically fit people in the courtrooms.

In housing court in Brooklyn on a typical Thursday, lawyers signed stipulations on recycling bins and searched for quiet crannies to discuss confidential client information. Maura McHugh Mills, a deputy director of the housing unit at Brooklyn Legal Services, said she used to see a couple of other attorneys at the courthouse on a typical day, and now she sees closer to 45.

Ishon Mathlin, a 38-year-old construction worker, used the service after his son was killed in June. Grief and an on-the-job injury led Mr. Mathlin to fall behind on his $950-a-month rent. He now owes $600, he said.

Attorneys at Brooklyn Legal Services said they can help buy Mr. Mathlin time to catch up on the remaining rent and push for the landlord to make repairs, including patching a hole in his bathroom ceiling and replacing a missing door knob that forces him to open his front door by sticking his hand through a hole.

Mr. Mathlin said he doesn’t want to lose the apartment for the sake of his 7-month-old daughter. “I’m not going to end up on the street. I have nowhere to go,” he said.

Landlords have said that the significant funds needed to provide representation to lower-income residents could be better spent offering temporary housing subsidies to keep people in their homes.

“While I understand the attractiveness of that approach, it does nothing to get to the core issue of the vast majority of evictions, which is people who are unable to pay their rent,” said Gregory Brown, senior vice president of government affairs at the National Apartment Association.

More states and cities have started considering providing guaranteed assistance in eviction cases in the past several years, said John Pollock, coordinator of the National Coalition for a Civil Right to Counsel. This has been driven in part by rising housing costs. Rents have shot up 35% in major U.S. metropolitan areas since 2012, according to Reis Inc., a housing data provider.

“The housing crisis is what has precipitated it into people’s consciousness,” said Martha Bergmark, executive director of Voices for Civil Justice, a nonprofit advocacy organization for civil legal aid.

Most cities have limited the right to counsel to tenants making around minimum wage or less, though San Francisco has no income limits.

The cities that have so far guaranteed tenants a right to counsel are largely places that already have strong tenant protections and relatively low levels of evictions. One exception is Cleveland, where about 5% of tenants were evicted in 2016, according to the Eviction Lab at Princeton University.

Tenants in Cleveland lack protections found in cities like New York, according to Hazel Remesch, a supervising attorney at the Legal Aid Society of Cleveland.

Without an attorney, many tenants agree to simply leave immediately, but Ms. Remesch said lawyers are often able to negotiate for additional time to pay rent or find a new place to live.

“We think that makes the right to having an attorney that much more important, because whatever rights they do have, we need to make sure they’re being enforced,” Ms. Remesch said.

Avoid costly time consuming eviction but letting A Level Up Realty handle you’re tenant screening today! Get started with a FREE consultation by calling our Tucson property management specialists today at 520-332-4114 or via our simple contact form.